Easy, Illustrated Instructions on How to Tell Time on a Watch or Analog Clock with Hands

Almost every clock used to be round with two needles which point at numbers. These clocks remain very popular, and it is important to be able to tell time with these "analog" clocks.

The two needles slowly move in circles. The long needle, known as "the big hand", goes faster. It travels all the way around the clock face, from 12 to 12, one time every hour.

The short needle, known as "the little hand", is slow. It travels around the clock two times every day, once every twelve hours.

The hands do not stop. They both move continuously around and around. They only stop if the clock is broken, and they only go backwards in movies. 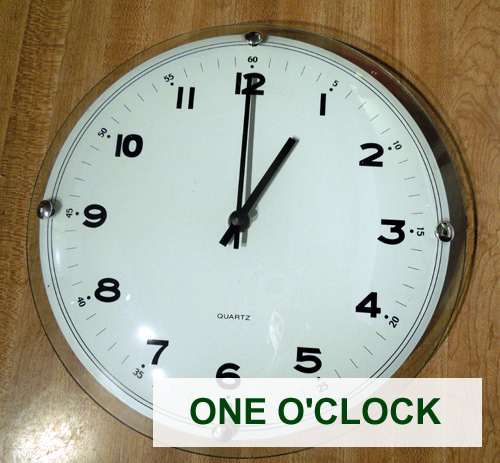 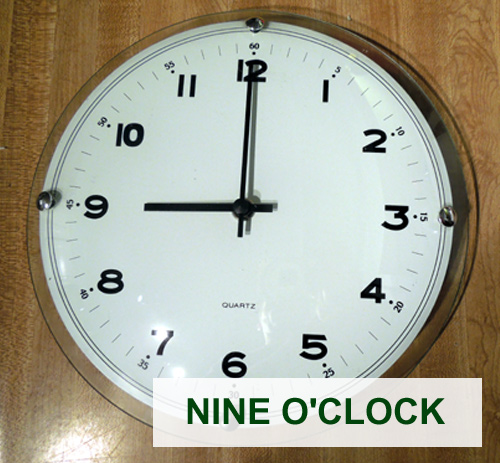 There is usually nothing on the clock which indicates whether it is morning (a.m.) or afternoon (p.m.). You have to know that through other means.

The big hand on the clock indicates the minutes. It is also called the minute hand. (A synonym for small is another word spelled "minute" but pronounced like "my newt", but the hand is the large one on the clock).
The big hand rotates around the clock face, from 12 to 1,2,3 and all the way around, just like the other hand, but it isn't actually referencing the big 1-12 numbers printed on the clock. 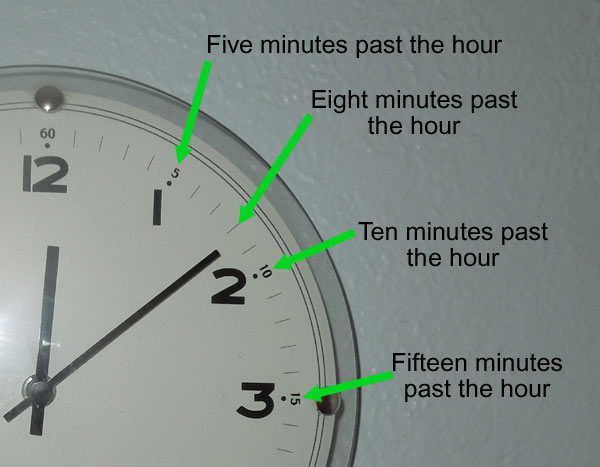 The minutes in an hour, as you may know, are numbered 1 to 59. The big hand slowly moves past 60 small marks on the clock face, marking exactly which minute in the hour we are living in. For example, when the big hand is on the 10th little mark, it is indicating the 10th minute past the hour, such as 4:10. 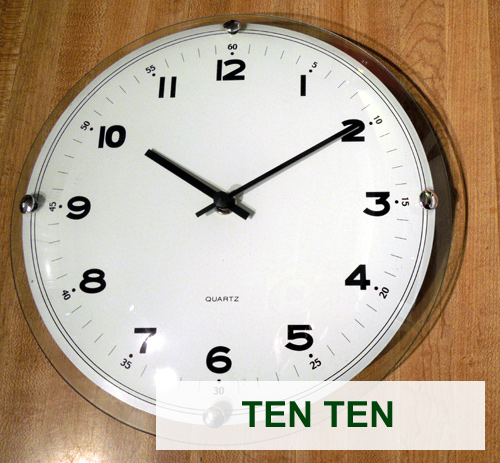 Occasionally clocks will have these marks labelled with the minute numbers, from 1 to 59, or they will have some of the minute marks labelled, such as 5, 10, 15, 20, etc. Usually, however, the minute labels are left off, because you are assumed to know where they should go, because they are always arranged in the same way.

The bottom of the clock, marked with a "6", also indicates the halfway point for the big hand. When the big hand is on the 6, it is halfway (thirty minutes) past the last full hour, such as 4:30 or 10:30. 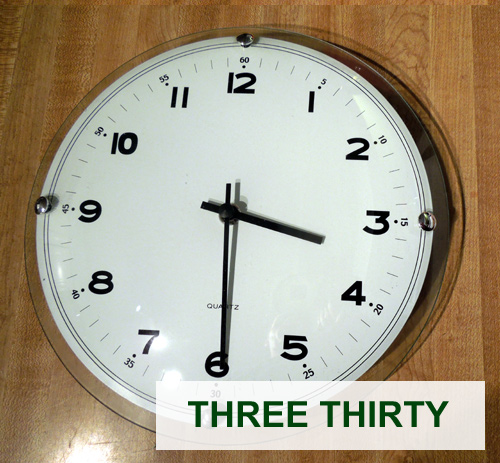 Similarly, the right side of the clock, marked with a "3", indicates the one-quarter mark for the big hand. There are 15 minutes before the big hand gets there. When the big hand is on the 3, it is one quarter past the last full hour, such as 4:15 or 10:15.

On the left side of the clock is the number 9. This indicates the three-quarter mark for the big hand. When the big hand reaches the 9, 45 minutes have passed and it is three-quarters past the hour, showing a time such as 4:45 or 10:45. 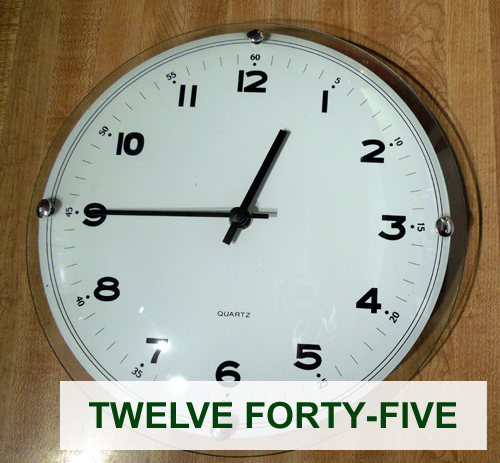 Each of the large clock numbers are associated with a number of minutes. The are:

As you can see, to determine the number of minutes, multiply the indicated clock number by five.
There are five minutes between every clock number, so for example, between the clock numbers 5 and 6, there are four spots, sometimes marked with a small line, which indicate minutes :26, :27, :28 and :29.

Reading the clock, use the big hand and the small hand to read the time. First look at the position of the little hand. Note the last clock number which it has has passed. Next, look at the position of the big hand. Note which number it has passed and convert that clock number to a number of minutes. The combination of that hour and minute reading is the time.

Some clocks also have a thin needle which indicates the number of seconds which have passed.

This hand is called "the second hand" (A homonym for "second" is another word which means "the one after the first one", but this needle is indicating the seconds which are a unit of time). It is the optional third hand on any clock.

I hope this guide gives you a full understanding of how time is represented on analog clocks and watches, and that it wasn't a complete waste of the last seven minutes and forty-one seconds.

Please Read page 2 for More Examples and a Self-Test >