Minecraft Birthday Decorations on a Budget

When my son turned seven years old, he requested a minecraft party. I was determined to make some original Minecraft party decorations.

Have you played Minecraft? It is a pretty incredible game. It has two modes: Creative mode and Survival mode. In Creative mode, players pick from a huge catalog of blocks to build objects in a virtual space. The world starts as a grassy landscape, hilly, with lakes and trees, rivers and islands and mountains. Almost every game starts by building a fort, or a house, and then setting up a yard or garden around it. The world is chunky, which means that building is like building with Duplo blocks. It doesn't take long to make four walls and a roof, and it is so easy, kids are likely to start building skyscrapers on their first day. Survival mode is similar, but the catalog of bricks isn't available. Players are trying to survive the nightly attacks by skeletons, spiders and other beasts, by collecting and crafting materials and building shelters and weapons.

As for any party, I had green and white balloons, green streamers, and a cake, and I decided to make decorations out of black and white foam board.

I had ordered a genuine set of foam Minecraft weapons, and used them to trace patterns in some black foamboard. Here is the pick.

The black cut-out was a pretty sad weapon, not even 1/4th inch thick, but they were fun to hold and swing around, and just as harmless as the foam original.

After I cut out a few, I decided the leftover foamboard with a pick-shaped hole would make a good decoration.

Here's an example of the pick and the board-minus-a-pick.

I used several more sheets of foamboard to make a HAPPY BIRTHDAY sign. I used Textcraft.net to compose a sign in the blocky Minecraft font. I could have blown the letters up and transferred them to the foam board, but I just eyeballed the shapes and cut white foam letters with an exacto blade. These letters are about 9 inches tall.

When I had all the letters, I hot glued them to long strips of black foamboard.

I hung these signs from the ceiling with string. They were very lightweight, but still required about four yards of packing tape to adhere to the ceiling.

Here's the cake. This is what a seven year-old will request for a Minecraft cake. It was an ice cream cake.

I hot-glued the black foam onto a sheet of white foamboard, so that the white showed through the pick-shaped hole. The pick and sword decorations complimented the television nicely.

I was really happy with the overall effect of the decorations. Minecraft has a distinct style that is difficult to reflect on a budget. I think I pulled it off! 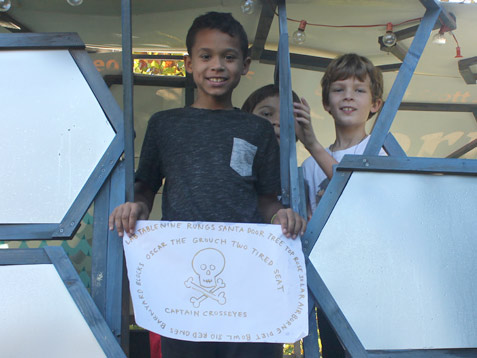 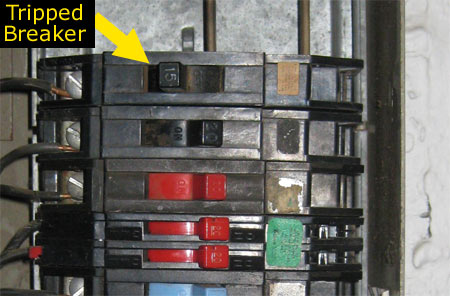 How to Reset a Circuit Breaker 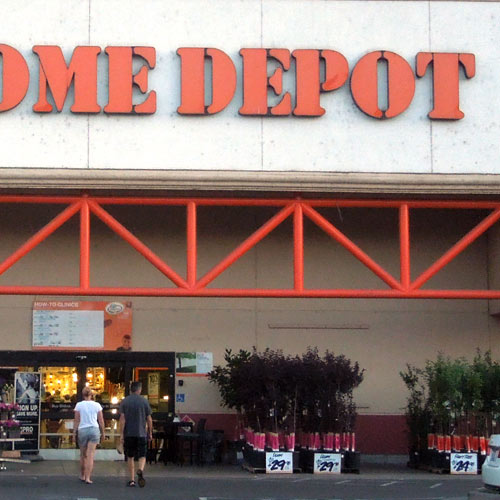