For a few years, I had a hand in building displays for the California State Fair. A good display had at least a little interaction and provided some kind of unique experience for visitors. 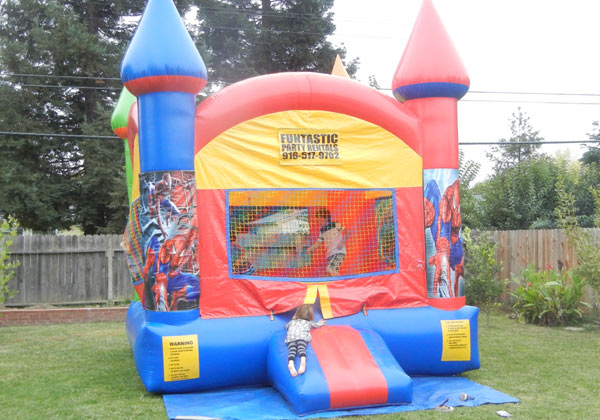 For our son's fourth birthday, we invited a dozen kids over, so we rented a bounce house from some dude on Craigslist.

With the main attraction planned, the party was a great chance to try out some kind of simple kid-friendly activity/contraption.

I had an idea to make a little forest of hanging balloons. 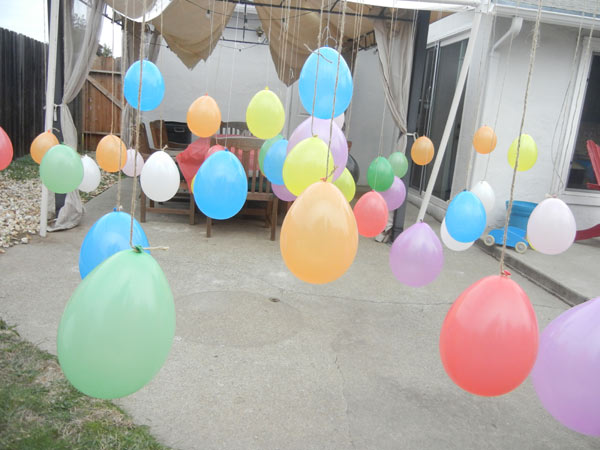 I already had a structure, the skeleton of my ill-fated homemade patio cover, sitting in the backyard.

I used a small air pump to fill about 60 balloons, then attached some twine. I tried to set the balloons at a height of about three feet. I figured that having the balloons at eye level would provide the most interesting experience for the kids. 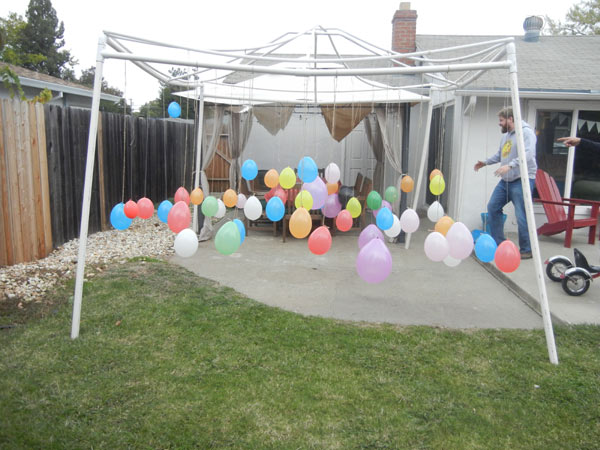 It looked great! Even for an adult, it was interesting to slip through the balloon field and watch the balloons react to the air currents.

I predicted kids would hit the balloons away, with their hands or maybe a foam sword. 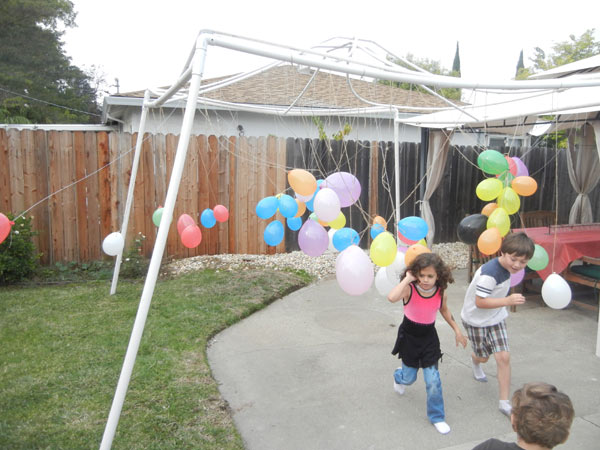 It worked! The kids loved it!

There was a problem. The strings got tangled almost immediately.

Adults treated the balloons gently, reticent to tangle the strings. Kids had no restrictions. 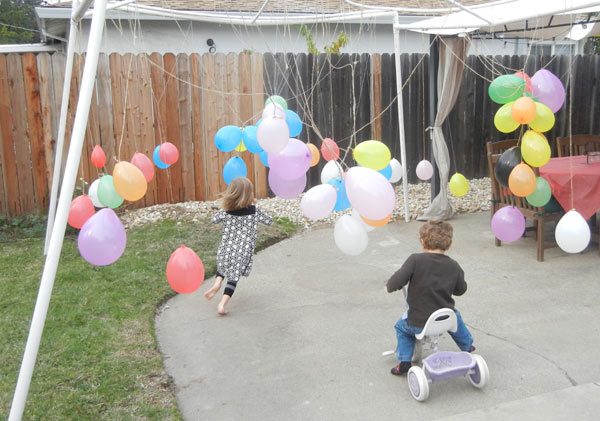 Kids knocked the balloons around like mad until they were hopelessly tangled.

Unfortunately this only took about 5 minutes. The balloons on thick twine didn't tangle as easily, but there were enough balloons on thin string to ensnare everything hanging.

Next time I might try using thick string, stiff fishing line or rope. I could even try thin steel cables, which would resist tangles, but would be expensive.

I might try wrapping the bottom poles of the shade structure with orange emergency fencing so that I can fill the enclosed area with hundreds of balloons. I'll wait for the next kid's party though. I'd hate for people to realize that I'm just making these contraptions for my own entertainment.