I hired a day laborer from in front of Home Depot

I kinda always wanted to try hiring a guy standing in front of Home Depot, and I finally got the chance. It was easy.

I didn't think I'd have any trouble hiring someone to help me load a moving truck, but I didn't think it would be as easy as it turned out to be. The biggest misconception I had was that I would probably hire a guy who spoke no english or who spoke it as a second language. I'd come prepared to communicate with a pad of paper and a pencil. I didn't need it.

I arrived at Home Depot with a large moving truck, 10:50 am on Sunday morning. I had heard about over-anxious laborers clamboring over each other to jump in your truck, but I didn't experience that.

I spotted a solitary man with an orange shirt and a handwritten orange sign: LABOR. I'm a big fan of handmade signs.

He looked like a clean-cut but weathered version of myself. We made eye contact and I hopped out of the truck. I walked up to him and told him what I needed, help moving a truck full of boxes and furniture from Davis to Sacramento. He told me his name was Chris.

The Price Negotiation
There wasn't much of a negotiation.
Me: "I think it will take three hours and I was thinking $20 per hour."
Chris: "Ok. Let's do it!"

He grabbed his backpack and jumped into the passenger side of the truck. We had a 20 minute drive to Davis, but before we left the parking lot he asked me if we had any rope or tie-downs for the move, suggesting that since we were already at Home Depot, maybe we could pick some up for the move.

I told him I thought we could wing it.

On the way to Davis I asked him a bunch of questions.

He was 41, had lived in a few different cities within California and had had a pretty fun, adventurous life, but hadn't ever had a career, although he was good at all kinds of work. He and his roommate/partner had decided to reboot their lives, starting with getting a nest egg saved and then enrolling in a school for mechanics.

His last interesting labor job had been helping a guy attempt to kill his lawn by covering it with newspaper and gravel. Chris was dubious of the effectiveness of newspaper in this role, but it was three long days of work, so he was pulling for a successful outcome.

When we got the truck to Davis, he knew what to do. He hopped out, stopped traffic and helped guide me backwards into a long driveway. He had brought gloves.

He had obviously helped a ton of people move and he knew the ropes. He was not screwing around. He was on it. This was a very hot day in June, maybe a 95°F day, but he didn't let that slow him down. We quickly loaded a mess of boxes and furniture into the truck, packing the truck intelligently, occassionally re-packing and rotating furniture to fit more in, or to pack it more securely. It was hard work. We loaded most of the truck ourselves, just the two of us. It was a big job.

There were a few moments where we had to figure out who was the manager of this operation. He had done a lot of moving, but I was paying, so he defered to my judgement. The day didn't hinge on any critical decisions.

I should have offered him a break, but the time flew by and after a little more than two hours we had the house empty and the truck full. We split a Gatorade and headed back to Sacramento.

On the drive back, I asked him more questions about being a worker outside of Home Depot.

He confirmed that he could make good money, and that even the hardest jobs, such as moving broken cement into a truck isn't that terrible if you only have to do it for one day.
He didn't like negotiating prices, so he didn't usually bother. He didn't feel a kinship with the day laborers that were particular about what jobs they accepted and about the particulars of the work.

He explained that some of the laborers weren't there of their own accord, so were less interested in actually working, preferring to hang out and sit in their cars. Some guys were even there to sell drugs, or to broker prostitutes for the guys who drove up looking for that kind of material and labor.

He suffered through a few more of my questions: He had never been injured on the job, had never ruined a project, had yet to "save someone's ass", although he did once get tipped $45 for a fast job hauling junk.

The whole adventure was almost four hours long, and I paid him $80. I was grateful to have found him. I would have really been screwed without his help.

My friend Clint told the tale of his own Home Depot hiring experience: "I went to Home Depot a couple of years ago and hired a couple of Mexican guys to help me with a backyard landscaping project. I got there early so there were plenty of workers to choose from. I picked the guy who looked the most professional (and non-thug-like) and I hired him and his brother-in-law. (I tried to avoid eye contact with the other guys that I wasn't choosing as they looked on expectantly. I wished I could hire them all.) I knew the going rate, so i first low-balled them on the price so they wouldn't talk me up above the going rate. The one guy spoke great English but his brother-in-law spoke almost none. They followed me to my house in their own truck which was nicer than my vehicle. I only paid them $10 an hour but i let them take breaks and we fed them lunch. They worked hard and did a great job so I had one of the guys (the non-English speaker) come back the next week to do some more work. That second day was a good refresher on my high-school level Spanish." 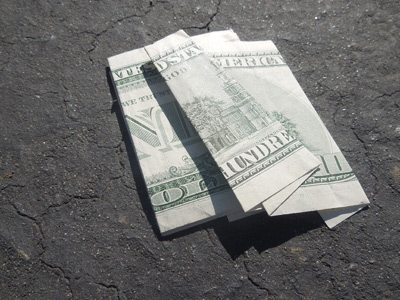 How to Memorize the Geography of Canada 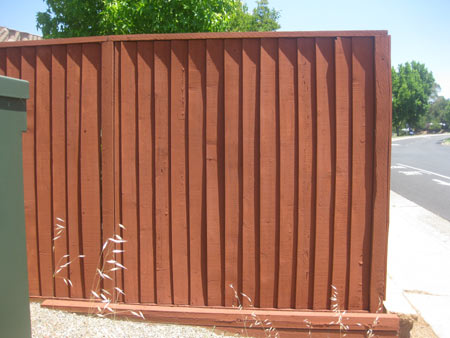