Fifth grade girls vs. Four clues and a buried treasure

My kids have solved some easy treasure hunts (1 2, 3), but when my oldest daughter turned eleven, I figured she was ready for something a bit more challenging.

I wanted to bury treasure! I couldn't wait to have them experience the thrill of digging it up!

Almost two weeks before the party, I dug a deep hole in the backyard, big enough for a treasure chest.

I put a simple treasure inside a red toolbox and locked it with a four-digit combination lock.

Rain was in the forecast, but I wasn't worried. I didn't want the lock tumblers to get rusty or gritty, so I covered the whole thing with a balloon.

I dropped the toolchest into place, packed dirt around it and replaced the turf.

The shovel cuts were almost invisible! Every mark of a buried treasure was gone and I was hoping the grass would grow before the hunt.

Of course with buried treasure, you need a map with an X. I drew a map of our backyard with a black X to show where the treasure was buried.

I cut the map into long strips. I used these crazy crafting scissors to make reassembly a bit easier. Each strip went into a green plastic easter egg and was hidden in the bushes around the yard.

The green eggs are particularly hard to find when they are hidden in bushes.

To reveal the lock combination, I used four blocks cut out of a pine 1x6. The outside pieces have odd shapes, so that the order isn't obvious until you have all four pieces.

I love puzzle clues like this one. Big puzzle pieces that you can hold in your hands and fit together.

I already had an easter egg hunt in the backyard, so I hid the red puzzle pieces in the house.

The best one was hidden in a rectangular cake.

The frosting was garish watermelon icing that I found in the clearance section. The clue for finding this was "FROSTED FRUIT".

My daughter didn't know I had a treasure hunt planned.

As the last guest arrived for the party, I "discovered" a note to "Murray" next to the front door. Two black word blocks accompanied the note.

She knew what to do.

The two blocks sat side-by-side to show a bunch of different two-word combinations, making a clue like "Frosted Fruit" harder, because it wasn't obvious if those two words went together.

With six girls on the case, they each took a crack at the blocks.


One of the words "Elsa", was the most direct clue.

The blocks didn't yield any answers quickly, but the eggs were easy for them to find. They quickly realized how the strips went together.

It is always enlightening to watch kids work. The map strips had been coiled up to fit in the eggs, and it was difficult to hold them all down flat. After a spell one girl had the foresight to ask for some tape, so they could start viewing the entire map at a glance.

They checked for an obvious dirt mound or recently-displaced earth, but they didn't find anything. The X was in an unlikely spot.

As they grew frustrated, one girl offered encouragement, "Don't get discouraged, cops take days to figure out stuff like this".

One of the stumbling blocks to finding the red number pieces was that they had no idea what the word block clues were leading to.

After about 10 minutes of searching, they asked for permission to cut into the green cake. Voila! The first red number clue!

The second puzzle piece was hidden in a block of ice inside the freezer.

The clue was HOUSEHOLD ELSA.

I expected them to soak it in warm water to free the piece, but they found a quicker way.

The other red pieces were hidden in a red throw pillow (Red head bed) and under a decorative rock (Mars Rock on Moon Rocks).

Together, they formed 4605. The combination to a lock they hadn't unearthed.

The girls expressed some trepidation at digging up the grass. They kept checking my face for disapproval.

They didn't see any.

After a few passes over the treasure spot, one of the girls noticed that the earth was ever so slightly sunken in one spot. They carefully began to dig.

They pulled out a few shovelfuls before they hit metal.

CLUNK. A cheer went up! They found it!

A few more shovels of dirt and the handle was visible. They pulled it up, found the lock and tried the combination.

Inside they found the treasure. Six pairs of sunglasses.

It was a team effort, solving tough clues to find the chest and the combination. I think it was a winner! 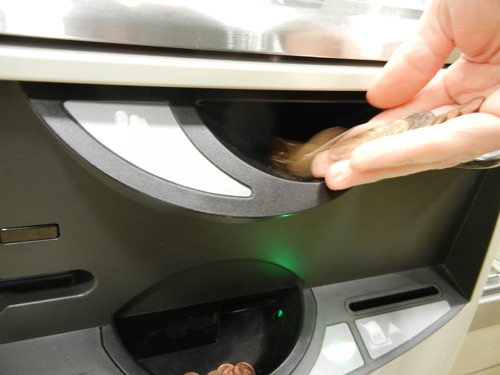 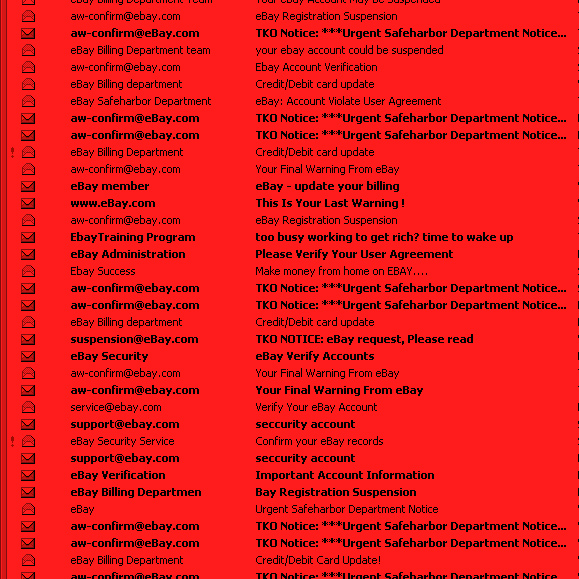 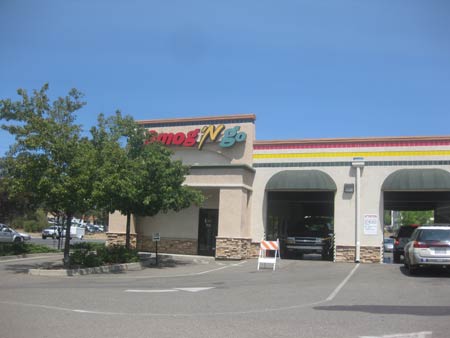 Failing the Smog Check with my Hyundai Elantra