How Much is Inside a Quarter Pounder?

What is the weight of a quarter pound beef patty, after cooking?

I'm working on a study of fast food dollar menus. In the course of that study, I remembered an old gag from Mad Magazine, which named the fraction 1/32nd as the fraction of a pound of beef in a quarter pounder, (weight after cooking).

I really liked this gag as a kid, and now that I have a precise scale, I have what it takes to find the real answer. How much does a quarter pounder weigh after it is cooked? 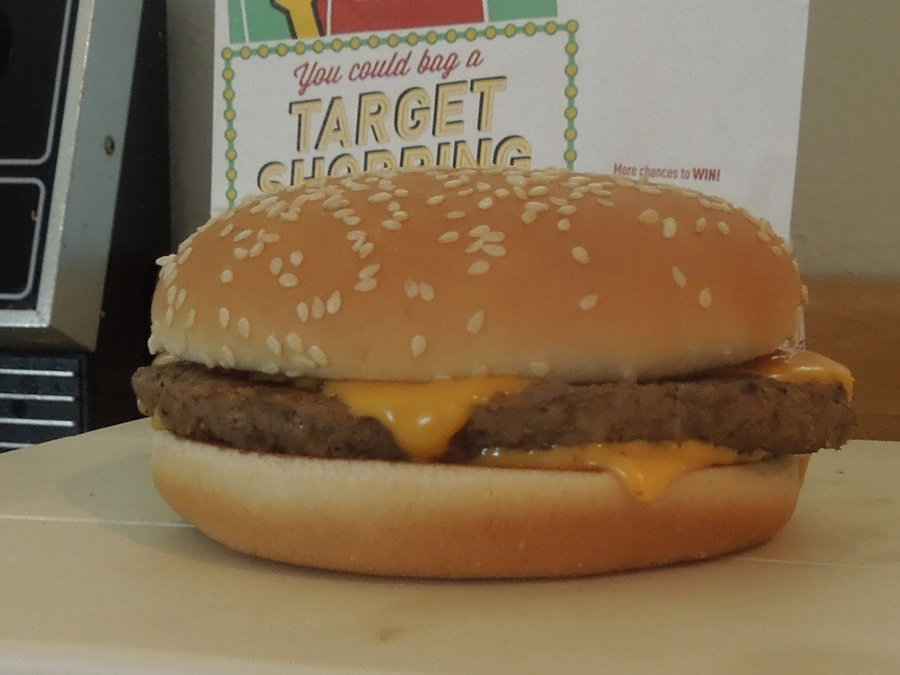 Before we get started, lets review how much a quarter pounder weighs. The uncooked patty weighs a quarter pound or four ounces. We've gotta kinda take McDonald's word for that, because they don't sell the uncooked patties. Yeah, they said it was a health issue, and that all patties have to be fully cooked before they leave the building. But they didn't reckon that I would get a job at a different McDonalds, did they? DID THEY?!

I found the complete sandwich to weigh 6.4 ounces. If they ever reduce the size of the meat patty, they will probably start calling this sandwich the "Half-Pounder". 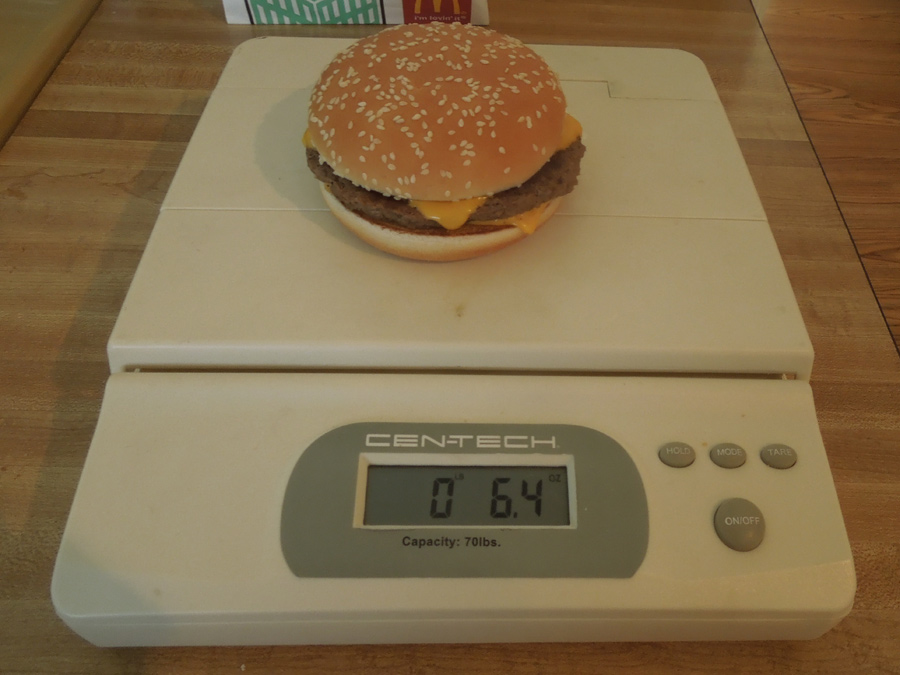 Next, I stripped away the non-beef elements of the burger. 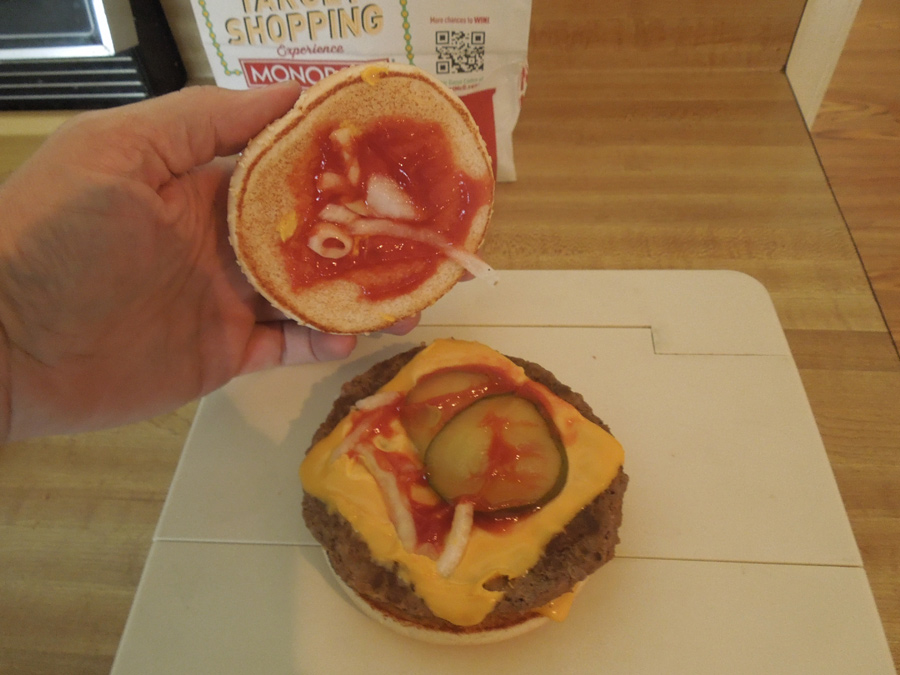 I took off the buns, the ketchup, the onions, the pickles, the mustard and the cheese. 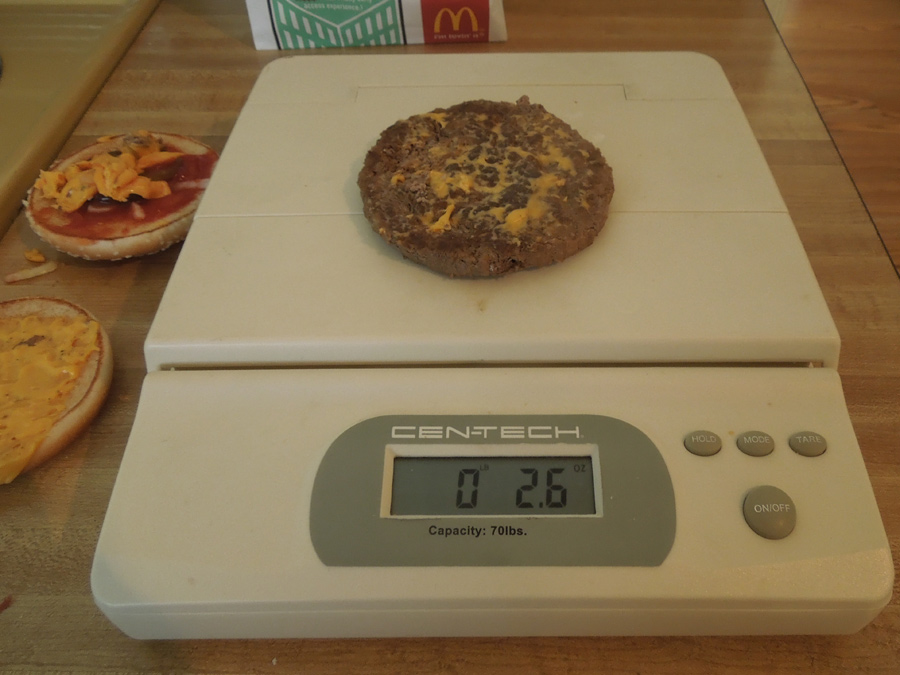 This poor, burger, stripped clean, looks completely unappetizing. Can you believe this is the namesake of this burger?

But, that's not fair. They didn't sell it like this. I had to pull it out of there.

The cooked burger weighed 2.6 ounces! That's quite a drop from the 4 ounce weight before cooking. A 35% drop, in fact.

I was shocked that so much weight was missing in the final patty! What happened? I know the fat melts away into liquid oil, but did they start with super fatty beef? Have you ever seen ground beef for sale which was 35% fat? That's crazy right? How much weight is lost when I cook a regular burger at home?

Until then, I insist we call these Sixth Pounders.

Update! I cooked some 4 oz. patties myself and discovered the weight loss truth!

Three More Wonderful Episodes of How Much is Inside

How Much is Inside a can of Tuna Fish?

How Much is Inside Granola Bars?